skip to main | skip to sidebar

Lawsuit for US$55 Million of Game-Winning Prize: Outcome will Change the Course of Entire Gaming Industry!

Mr. Sam Ly (Born in 1951, a businessman of US Nationals and currently doing business in Vietnam) sues Ocean Place Joint Venture Company Limited (a joint venture between Saigon Tourist, Saigon Real Estate Corporation, and a foreign partner - the owner of 5 star Sheraton Saigon Hotel) for over US$55 million in alleging to have won a winning combination on one of the slot machines (machine 13) at Palazzo Club on the night of 25th October 2009 but were refused payout - "released by Thanh Nien"

In conjunction, Ocean Place Joint Venture (O.P.J.V) and Palazzo Club disclose to have also presented to the People's Court of District 1 (HCMC) - the authority that announced to have accepted the case with evidence proving two crucial circumstances:

1. The malfunctioned Slot machine has never shown the "winning" of US$55,542,291.70.
2. Palazzo Club never promised to make any payout to Mr. Sam Ly of the alleged claim. 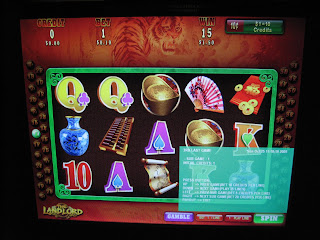 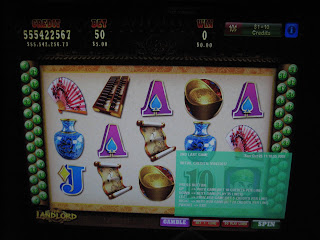 cording to Thanh Nien, O.P.J.V confirms that on the night of 25th Oct 2009, after Mr. Sam Ly invested nearly US$3,000 at the Slot Machine, he announced and claimed to have won the above mentioned amount (which is US$55,542,291.70). The Club denied the claim after a series of investigation that proves only to be a "Machine Malfunctions".

"This is a classic case that has clear legal precedence established globally; and the player has no valid claim against the operator in case of malfunctions" according to Palazzo Club representative. Palazzo Club also stated that the maximum payout for this specific kind of slot machine is not more than US$46,620 (10 Cents Denomination) which far too much difference from the claimed amount of US$55,542,291.70.
BMM Australia, an independent gaming testing laboratary, retained and certified the case of Mr. Sam Ly was a machine malfunction.

Palazzo Club also emphasize on the club rules, which were established in accordance with Vietnam Gaming regulations, specify that "Malfunction voids all pays and plays" on all machine, facing the players.

However Mr. Sam Ly argues otherwise stated, "not withstanding the notice, and such policy is invalid in this case for the Club has taken the bet, so must accept all results" even though the club have shown their goodwill promised to returned his initial capitol (US$3,000) but he refused.

"This is not the first case of machine malfunction in Vietnam..." according to Palazzo Club, "but it is the first case where the authority (People's Court Dist 1 HCMC) accepted case of this nature.

Machine malfunction cases have been reported all around the world, but so far were all rejected by the courts and authorities. I.e;-

The world legal precedence so far shows no case in which player win in the event of machine malfunction of any kind.

As the malfunction rules is standard in the Gaming Industry, and should the authority (People's Court Dist 1 HCMC) rules otherwise in favor of the player, this will shockingly make the breaking news not only locally but globally and will change the course of the entire gaming industry.

All eyes are now turned to the case for the outcome, and will determined the fate of all potential investor here in Vietnam.